Music in Quite Places 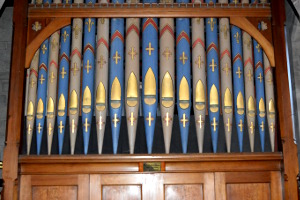 'Bach and the Dance'. Professor Margaret Faultless is Head of Historical Performance at the Royal Academy of Music, an Artistic Director of the Cambridge University Collegium Musicum and Director of Performance Studies at Cambridge University Faculty of Music. She is an internationally renowned specialist in historical performance practice, both as a violinist and a director and is a leading authority on 18th Century music. We are privileged to welcome Margaret and her ensemble Music for Awhile to Cradley as part of Herefordshire Historic Churches Trusts 'Music in Quiet Places' series of concerts. Programme to include a selection of dance suites by Bach and an Organ Concerto by Handel.
Tickets £10
Buy tickets online 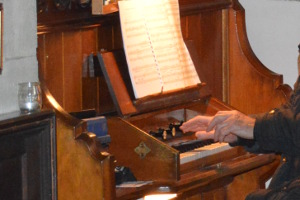 Adventures with a book! - a talk by Kevin Brewer in Mathon 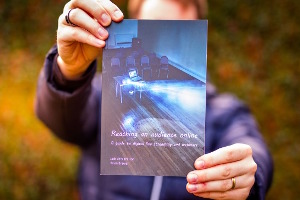 Who would have imagined that a Lent series of talks in 2018 would have led Kevin to co-author a book that has sold (in both an English and German Language edition) across Europe and beyond? The aim of this book has been to bring communities together, to include people who might not otherwise be able to take part, and to build community coherence via modern technology. From Mathon, to Scotland, the Alps and beyond there have been some great case studies of it facilitating exactly that.

Join Kevin for this free illustrated talk in Mathon church to hear of his adventures in publishing and the completely unexpected projects in which this book has played a part, followed by drinks and nibbles. Donations welcome towards Mathon Church funds.

Thomas Bisse and the Three Choirs Festival: A talk in Cradley church 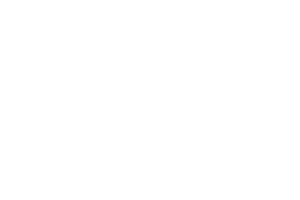 Cradley church dates back to Anglo-Saxon times, and is also a beautiful example of Victorian church restoration. Tim Bridges, Church Buildings Officer for the Diocese of Hereford, and an expert on Victorian buildings, will talk about the Victorian restoration of Cradley church and explain how, and why, Cradley church was transformed in the 1860s and 1870s.

A Service for 'World Day of Prayer' 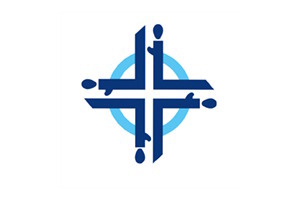 The Mothers Union are organising a service in Cradley church to participate in the World Day of Prayer, which is a wave of prayer encircling the globe. It begins as the sun rises over Samoa and ends some 36 hours later back in the Pacific as the sun sets over American Samoa. We will be joining with people in over 120 countries and islands around the world as we pray. Each year the service is prepared by a different country and this year it has been prepared by the Christian women of Zimbabwe. Please come along and join in - everyone is welcome.

The windows designed and made by Davies in Bromsgrove: A talk in Cradley church

Cradley church has a beautiful stained-glass window showing St. Francis of Assisi preaching to the birds. The window is linked to a Cradley family. Roy Albutt, expert on stained-glass church windows and author of the book "The Stained Glass Windows of A.J. Davies of the Bromsgrove Guild", will give a talk on the windows designed and made by Davies in Bromsgrove, including the St. Francis window. Davies, who died in 1953, also made fine windows for Hereford and Worcester Cathedrals.